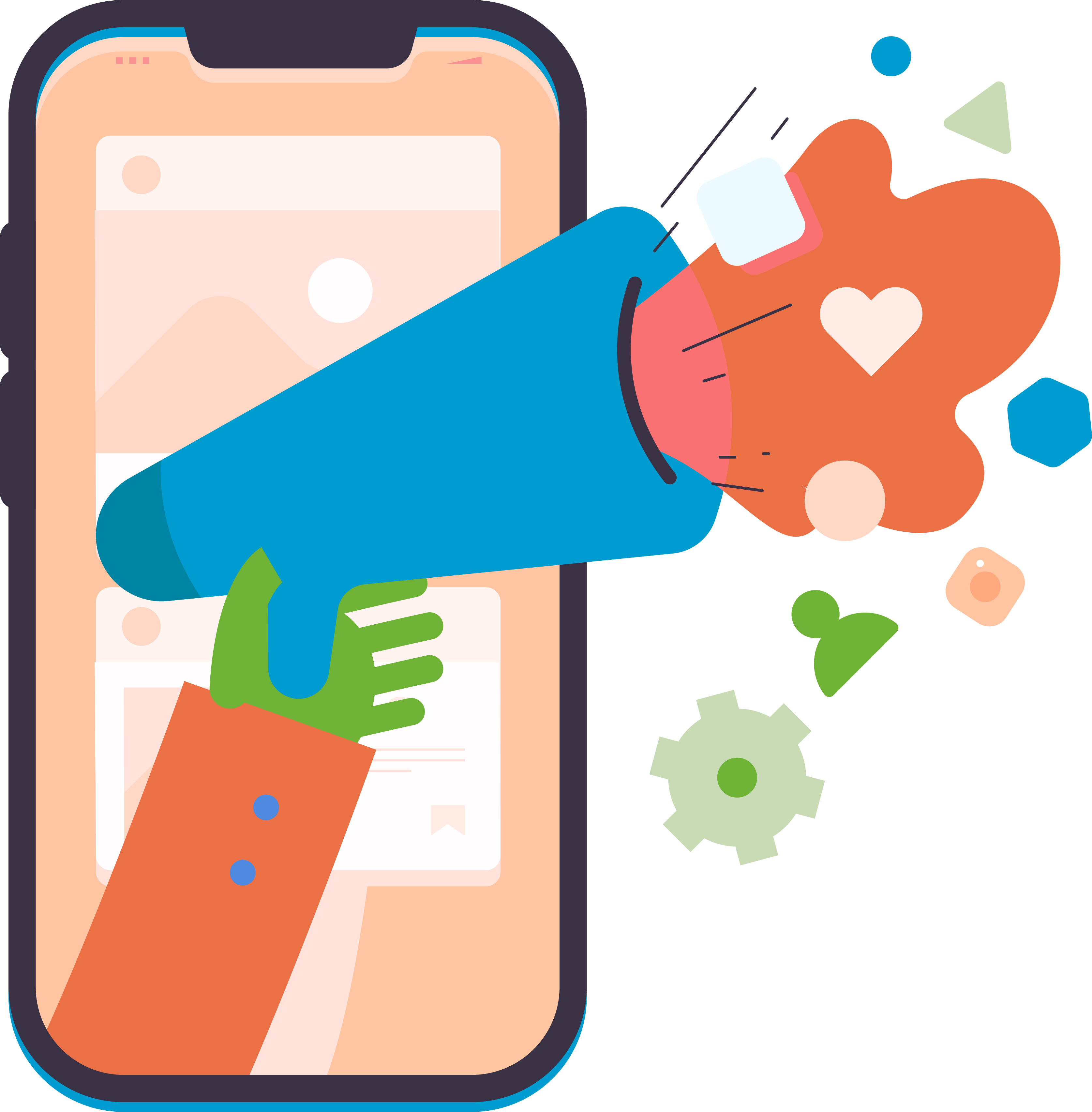 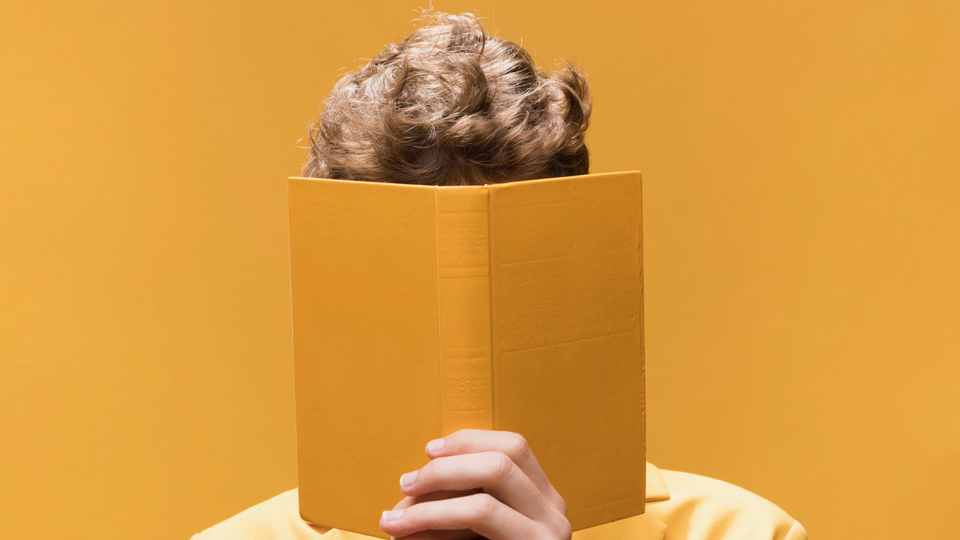 Antonella Fioravanti, 37, a researcher from Prato and a graduate of Florence, works at the University of Brussels (VUB). In July 2019, she published in Nature Microbiology her latest study in which she managed to find a more effective cure for anthrax by “breaking” the protein shell that protects the bacterium, allowing its destruction. We understand why a microbiologist has a lot to suggest to those involved in sustainability and social issues.

look at here now Hi Antonella, thank you for accepting our invitation. Let’s start with a question related to today: it seems that only with the Covid emergency we really understood the extent of our interdependence, both locally and globally. In your view, does this generate more fragility or resilience?

Globalization allows for great things, but today it needs to be reinterpreted. I’m not against the interdependence of trade and markets – I’m a European scientist, for me the dimension of the exchange of knowledge is fundamental – but relations must be regulated. It is necessary to simplify some steps and better regulate others, so as not to get lost in useless details and then not notice the pandemic that is coming.  I find that the fragility to which we are now exposed is precisely that of not understanding – in my field – how to ensure access to anti-covid vaccines for all… not only for ethical issues but also for practical ones: with more than half of the world’s population unvaccinated, a reservoir for new variations of the virus will be created and the risk of new waves will be high. These are the real challenges of globalization today. Not noticing them, yes, creates more and more fragility.

http://dosiper.com/?derime=la-puebla-de-cazalla-ligar-gratis&896=ef Your background is Italian and European. According to you is it really possible to work locally and think globally? How much easier/difficult is it in the scientific world compared to the humanistic world?

There is no science without confrontation and I find that such a confrontation is also necessary with the humanities. There will never be a laboratory with all the tools and all the expertise to deal with a certain problem at 360 degrees. For this reason the scientific community, with a worldwide dimension, is precious in the advancement of science and progress.  It is necessary to increase exchanges and comparisons between different areas of knowledge and spaces so that, in all sectors – starting from all ages – we can really practice listening and encourage an interchange of ideas necessary to face the challenges that our society has to face every day. I don’t think there are any other alternatives to face the future and this local/global relationship must be encouraged.

conocer chicas térmens You have been recently awarded by the Belgian Academy of Science, the first foreigner to obtain such recognition. What does “being the first” mean to you? Have you felt more like a pioneer, an island or an example?

I felt really displaced and surprised: I had no particular cultural roots or professional affiliations in Belgium. It’s been my scientific home and beyond since 2014 so I didn’t expect it. Let’s just say that I experienced on my skin what the truest meritocracy means. They rewarded me, an outsider….

http://sanfilippobcn.es/?zadaniye1=citas-jacuzzi-mujeres-y-hombres&bbd=2f In a recent interview you said that anthrax is widespread in developing countries. Can you explain why and what are the risks? How can the spread of anthrax be controlled in contexts of poverty?

Anthrax is a bacterium that is widespread everywhere …. In Italy, one of the most affected areas is the Pollino Park, for example. In the EU we are protected thanks to a vaccine administered to livestock that prevents the spread of the disease. This vaccine, however, is not usable on humans, the risk thresholds for human administration are still too high. In poor countries where this vaccine is not used, dead anthrax animals contaminate the soil and vegetation where their carcasses decompose. Animals that feed on the vegetation grown in such areas become infected and carry the disease elsewhere, creating what is called the anthrax cycle. Very often whole families get sick and die of anthrax because they feed on animals infected in turn. The solution would be there: vaccinate livestock at a relatively low cost. However, again, vaccines must be made accessible to all.

Climate Change can also impact on the potential spread of anthrax: in Siberia, due to the melting of the permafrost, some reindeer were poisoned when they ate grass in an area where – 180 years before – there had been an anthrax epidemic. Do you think the connection between Climate Change and epidemics is sufficiently told?

Yes, the connection is there and it’s very clear, despite the fact that it’s little talked about. For example, as desertification advances, the dry desert wind spreads viruses and bacteria to climates not used to fighting them, generating potential new epidemics. These are all effects of a different climate that we will have to get used to, to contain possible new outbreaks. In the Middle Ages, it was thought that fields where anthrax recurred years later were cursed…in fact there is an explanation, and unfortunately we must be prepared to respond.

At the institutional level, anthrax is banned by international treaties: are there other policies that should be activated to protect us from its spread?

International treaties are clear: anthrax cannot be used as a bacteriological weapon. However, not all countries respect these agreements. Therefore, a great deal of intelligence work is needed to trace any out-of-control experimentation. A good cooperation between “civil” and “military” research is also essential. In fact, think of my discovery, has opened a new avenue in the fight against anthrax and laid the groundwork for the development of new strategies to be applied to combat other infectious diseases caused by pathogenic bacteria.

During Covid a front of “resistant” to science has emerged in the name of freedom of thought: groups that refuse to accept the scientific data, conspirators or simply people afraid of too much information, which they no longer trust. In your opinion, is the dissemination of scientific information misusing language and reaching the so-called “non-experts in the field”?

Both. For years, scientists have underestimated the importance of science dissemination. Being good scientists does not mean knowing how to be good communicators, you have to study and train for this too. For a long time, the scientific community has left making the values of its studies clearer and more immediate to the initiative and personal talent. Only recently have we really started to actively improve this side of our work, which is necessary and fundamental. Science belongs to everyone and needs the support of society. The scientific community has a duty to engage in making science understandable to all, only then society can fully appreciate its value and support it. In parallel to this I believe that we need a good culture of “fact-checking”, that is the verification of sources by all citizens. If we don’t verify facts, it won’t be the fault of language or science, but of those who choose not to verify the news. The same no-vax are people who do not know the subject and are afraid…paradoxically it is only science that can reassure them with certain answers, but these must be disclosed in an understandable way.

If you had to address the many young people in Italy who do not find work or do not find it under conditions proportional to their education, what would you say?

First, figure out what makes you happy and try to fight for that. Don’t be afraid to move, at least try! You can always come back with more cultural baggage. Make contacts with those who interest or intrigue you, network! Keep on improving even in small things, (presenting better, exposing better, that coding you didn’t know how to do, an extra language,..) never stop. And then commit to your ideals whatever your field is … ah, and while I’m at it … among us young people, if there was someone interested in renewing the political class it would be wonderful: Guys, do good politics, a scientist asks you!